By demicblog on January 20, 2021
One epidemic that belongs to the millennial generation is the problem of digestion and constipation. Studies reveal that the number of people suffering from chronic constipation is on a sharp rise, along with the numbers of emergencies, hospitalization, fever and other health problems due to constipation. While diet plays a major role in our bowel movement, there’s one thing that we all are doing wrong, particular the urban, that is, using an English toilet.

With globalization came the toilets that required people to sit comfortably, rather than squat. The comfort of a western toilet swayed the Indian choice in its favour. However, since many years, experts have started pointing out the harms of the western toilet position on our digestive system. In fact, studies haven’t been scarce on the subject and they have led to premises that pointed out how western toilets are causing constipation, hemorrhoids, Inflammatory Bowel Disease (IBD), appendicitis, and even heart attacks.

The standard sitting position
Usually, a person sits on a western toilet like he would sit on a chair. The position is basically a 90-degree position where your hips bend at that angle with respect to your upper body. Now, this position is extremely dangerous because it disrupts the passage of your intestines and literally, seals it off. This leads you to put extra pressure on your bowel, which go against the basic laws of physics.

Also, another common way of sitting for many people is by bending their upper body forward while sitting (image below). Many believe that doing so helps them exert more pressure on their bowels, leading to better excretion. However, what happens while you bend forward is exactly the contrary, as it can even further block the passage of the intestines. 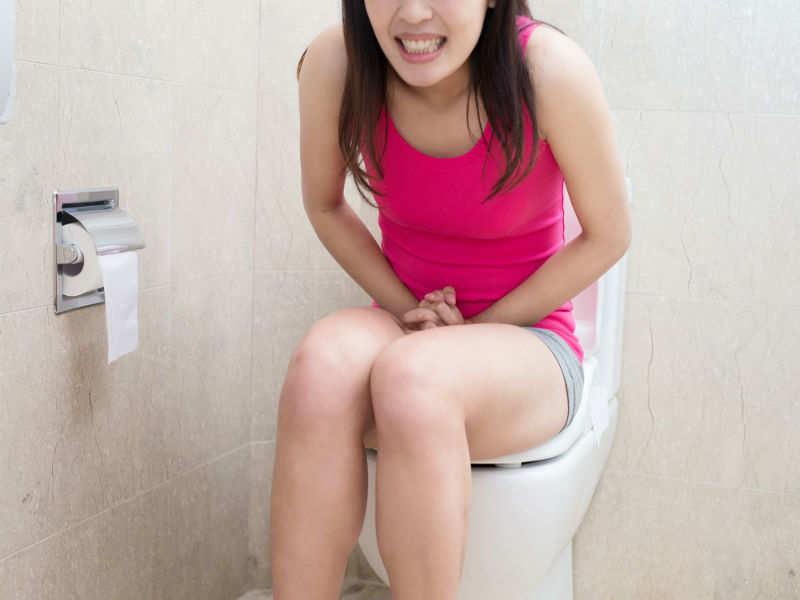 The ideal position that does not constrict one’s rectum and lets the stool pass smoothly is the 35-degree squat poison, that is the traditional sitting Indian toilet position. 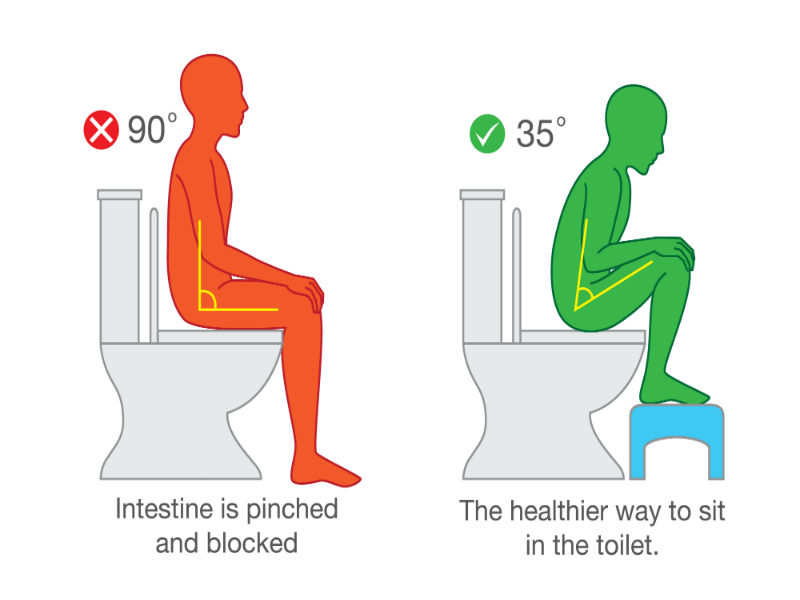 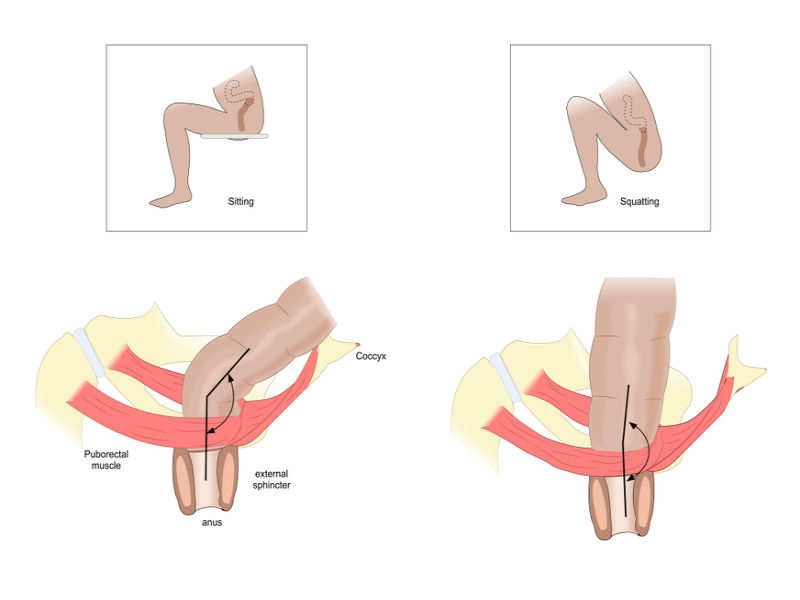 If all your toilets have adopted the west, it may not be possible for you to get them all reconstructed. Hence, an say solution might be to put a squat stool in front of your toilet seat. This will help you achieve the 35-degree hip angle and hence, relieve any discomforts and disorders associated with the the western toilet. 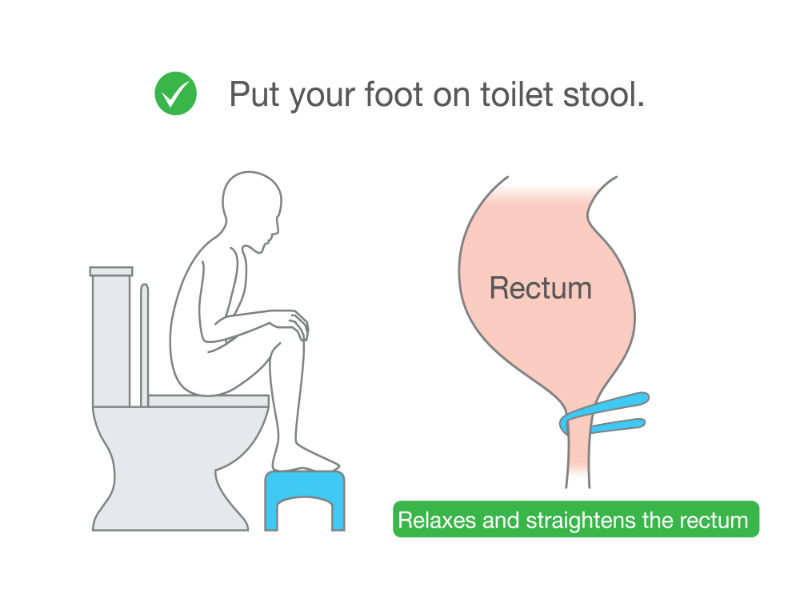 DISCLAIMER: THIS WEBSITE DOES NOT PROVIDE MEDICAL ADVICE
The information, including but not limited to, text, graphics, images and other material contained on this website are for informational purposes only. The purpose of this website is to promote broad consumer understanding and knowledge of various health topics. It is not intended to be a substitute for professional medical advice, diagnosis or treatment. Always seek the advice of your physician or other qualified health care provider with any questions you may have regarding a medical condition or treatment and before undertaking a new health care regimen, and never disregard professional medical advice or delay in seeking it because of something you have read on this website.